The Bund in Shanghai China

The Bund is the historical riverfront district in the Huangpu district of Shanghai China.  It was home to some 20 historical banks and trading houses that date back to a time when the European powers had settlements in Shanghai.

The Bund area was originally part of the British settlement which was later combined with the British and American settlements to become what was known as the International Settlement. 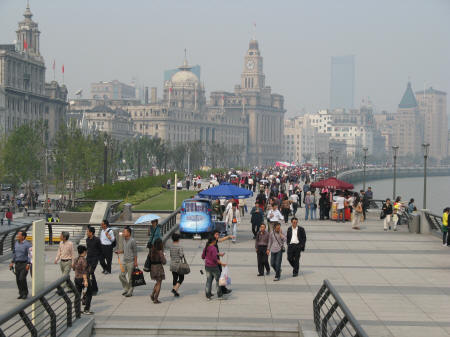 France, Italy, Russia, Germany, Japan, Belgium and the Netherlands also had banks and/or trading houses on the Bund.

Visitors to Shanghai China can enjoy a pleasant walk along the picturesque pedestrian promenade that stretches along the riverfront in the Bund.  The Bund is one of the top 10 tourist attractions in Shanghai China.

Watch our video of the Bund.