Pudong Airport is located on the east side of Shanghai in the district of Pudong. Many national and international airlines fly to Shanghai's Pudong Airport from around the world. 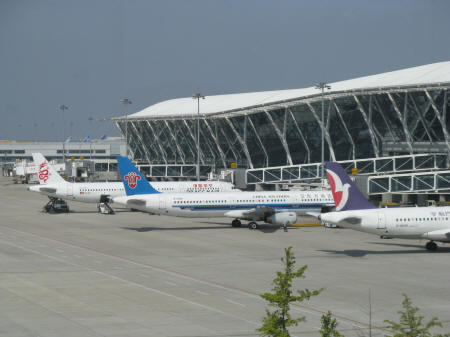 A new magnetic levitation train system has recently been built that connects Shanghai's Longyang Road subway station to the Pudong International Airport.  Trains travel at over 400 km/h and take only 7 minutes to travel between the airport and the subway station.